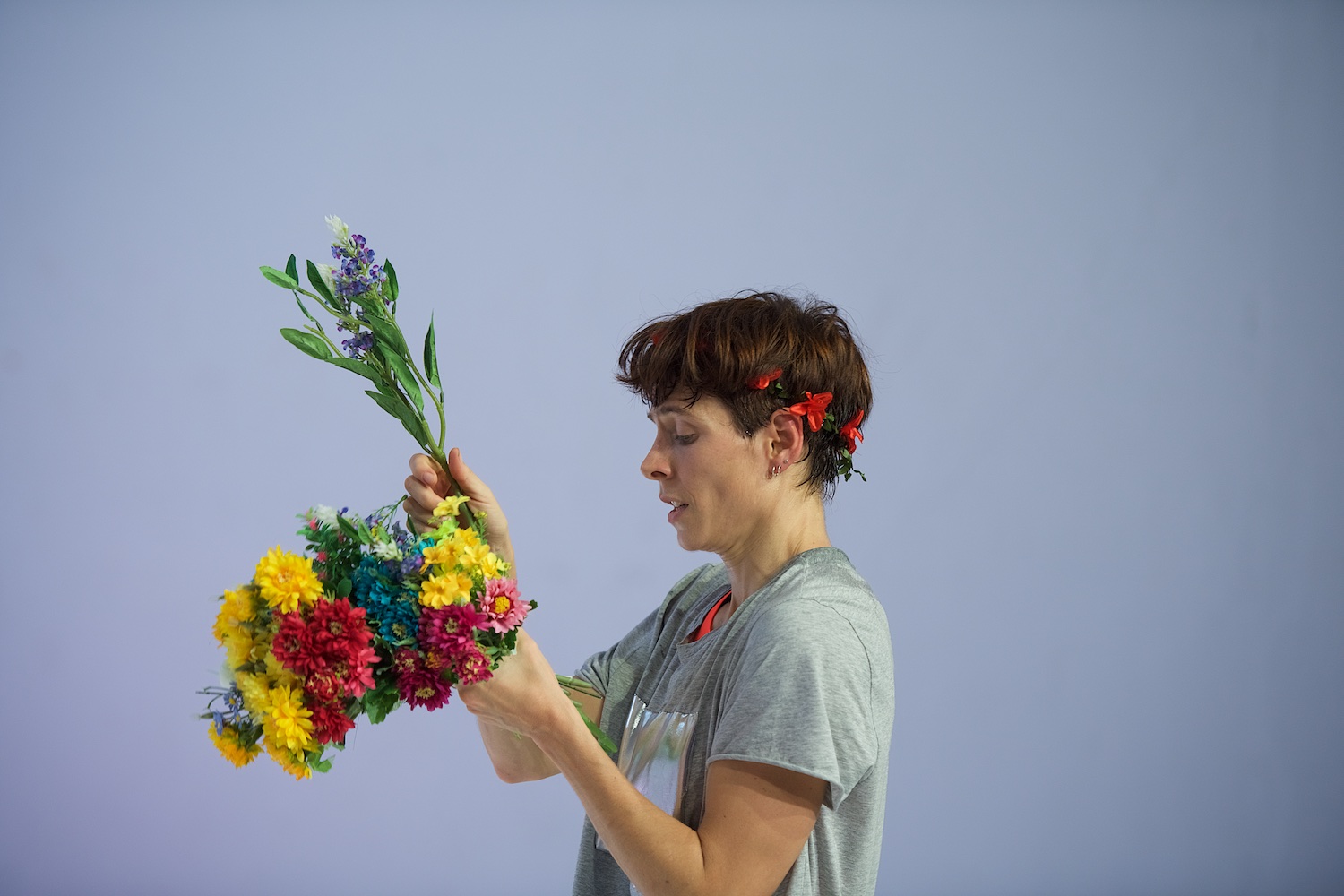 Juliana Piquero (b. in Buenos Aires and based in Berlin). She is a choreographer, dancer and yoga teacher (asana and pranayama) engaged in kinetic research. Before coming to dance, she was an athlete for around  ten years and she studied Social Communication in Universidad del Salvador in Buenos Aires. She completed an MA in Performing Arts and Visual Culture in Universidad Castilla La Mancha and Museo Reina Sofía in Madrid. She is part of the collective garage in Berlin-Lichtenberg, a space that offers possibilities to research, create and produce in the field of performing arts. She presents her staged work in the theaters Ballhaus Naunynstrasse and Sophiensaele in Berlin and Teatro Pradillo in Madrid; she develops site-specific performances in unconventional environments.

In her choreographic works she articulates socio-political issues, for example, Latin American queer-feminism; themes related to her queer identity, issues about functional diversity and body language. She searches for the effectiveness of the undefined, aiming to blur borders among dichotomous concepts such as the natural and the artificial, understanding the complexity of the body as a technology.

Her piece “surviving_fragment I: everything is possible in this space in between” received the award for Best Innovation in Performance, Stockholm. In 2019 her last stage piece “Fan de Ellas” premiered at Sophiensaele. In 2020-21, she received the grant “Tanzpraxis Stipendium – Mid career” from Senatsverwaltung für Kultur und Europa and the funding “TakeCare” from Fonds Darstellende Künste.

Parallel to her ongoing artistic path, she studies Spanish Sign Language (B2.1) to develop educational and creative projects related to the wellness, body and to work with Deaf people.

Catalina Fernandez (b. in Colombia and based in Berlin) is a light and sound designer for theater, dance and environmental performances. She likes to compose subliminal spaces and engulfing in-site installations. She works as technical director in several productions and assists choreographers, filmmakers, and multidisciplinary artists which include Ligia Lewis, Claire Sobottke, Ixchel Mendoza, Jasmin İhraç, Simon (e) J. Paetau, Jasna L. Vinovrski, Jair Luna, Ana Laura Lozza, Annika Larsson, Max Linz, Darko Dragicevik and Martin Sonderkamp among others. Catalina is an ongoing collaborator of the choreographer Juliana Piquero, the musician Hans Unstern and the artists collective Fehras Publishing Practices. With Noam Gorbat, Catalina founded Can Doc, a collective that offers audio-visual documentation for visual artists, choreographers, projects, and institutions.

Fernandez studied film photography in Bogota’s university Unitec and Lighting Design in Instituto Universitario Nacional del Arte (IUNA), Buenos Aires. She has been awarded by Senatsverwaltung für Kultur und Europa with the 2018 Recherchestipendium. Recently, her work appeared at Sharjah Biennial as part of “Soapy Postmodern Bathwater,” a video installation with Fehras Publishing Practices. In the future, the collective will also participate in Beirut Art Biennial.

Alex Viteri is a performance maker, scholar & dramaturge born and raised in Latin America. These days, most of her work unfolds in the expanded field of choreography. She is drawn to practices that consider aesthetic theories reflecting on nature and the environment, and part of an ever-growing group of artists interested in considering sites, ecosystems, and nonhuman components as collaborators. Alex is currently pursuing her Ph.D. in the Department of Theatre & Performance at The Graduate Center, CUNY, & teaches at Hunter College.